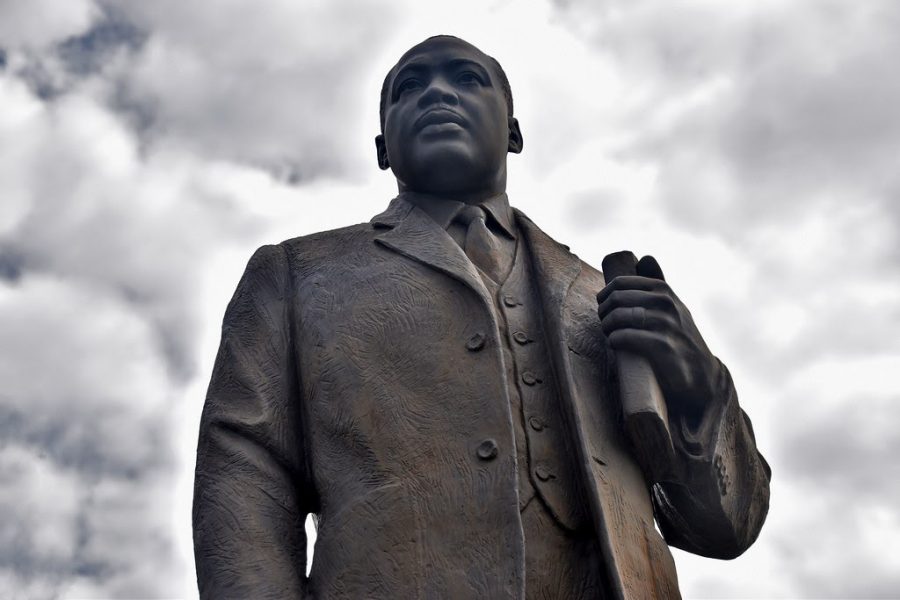 Martin Luther King Jr. (January 15,1929 – April 4,1968) was an African American Christian Minister, a notable historical figure, and a leader in the civil rights movement. MLK Day, the federal holiday, celebrated in his honor, annually every third Monday in January is a day we commemorate a civil icon that carried no gun in protest, but used his words to bring down the systems that were set against minorities in the USA at the time.

Many social evils, solely birthed by legal segregation, prevailed at the time. There was such humiliation and inhumane treatment of people based on their skin complexion, King didn’t just watch from the sidelines,he rose up, just like those before him, to call out those injustices. His impact is still evident to this day as we witness civil protests seeking to alter the status quo until the dream of King is ultimately and fully realized.

It was a Monday holiday and the excitement to be excused from school or work for an extra day after the weekend, and with midterms just around the corner for Waltham High School students, it was music to their ears, time to sleep in and relax. One wonders if there was an appreciation for this great man in our school community?

Is this day more than a holiday? It was an honorable moment that Google, the most popular global search engine, made an honorary doodle to show their admiration of Dr. King. It is a day the world is reminded of this revolutionary who had a dream, a man that sought to see a world that is different, according to one of his most powerful quotes,”An individual has not started living until he can rise above the narrow confines of his individualistic concerns to the broader concerns of all humanity.”

Like those before him such as Henry David Thoreau, King sought to live above self and indeed his name has surpassed the winds of time, set in stone on the wall of fame of greatness and a statue stands to attest to that fact being the nation’s first to honor an African American man.

Many may know him as merely an activist for racial equality and powerful orator, but to those closest to him, he was a husband, father and a dear friend.The powerful lyrics of the song Glory, by Common featuring John Legend speak to King’s influence and resonates with his ideas: ”Injustice anywhere is a threat to justice everywhere.”

Sins that go against our skin become blessings

The movement is a rhythm to us

One son died, his spirit is revisitin’ us

Truant livin’ livin’ in us, resistance is us

That’s why Rosa sat on the bus

That’s why we walk through Ferguson with our hands up

When it go down we woman and man up

They say, “Stay down”, and we stand up

Shots, we on the ground, the camera panned up

King pointed to the mountain top and we ran up

Excerpt from the song Glory

The song, released as a theme song for the movie Selma (2014), employs imagery and rhyme to voice King’s message and its compelling video footage leaves one dizzy with the ache of the plight of African Amercians at the time.King also wrote powerful works such as the famous I Have a Dream Speech,The Letter from Birmingham Jail and several other texts,also led several peaceful strikes,one of the most notable being the Montgomery bus riots, sparked by Rosa Parks,ending the segregation of blacks in transportation and later sparking off other events and organisations that were landmarks in Black history. We as students and community of Waltham Senior High school need to be aware of and appreciate his great contribution because it cannot be denied that it is at the efforts of men such himself that we enjoy peace and diversity on racial grounds for he wasn’t violent yet not cowardly but stood for racial equality in the land of the free till his dream shall be ultimately realised.

We could speak endlessly of this icon,but he shall indeed never be forgotten.

One may wonder why we need to appreciate him but indeed as students of Waltham Senior High we enjoy peace diversity on racial terms because of men such as these who brought awareness.